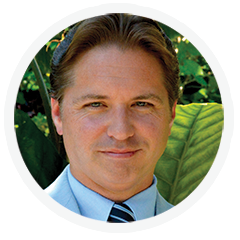 William Faulkner is unique in American literary history. His fiction stands alone in content, bringing dense prose and philosophical weight to bear on the lives and situations of people living in Mississippi. Faulkner dignified poor whites and strove to articulate the plight of African Americans in the South while critiquing the long-standing southern white aristocracy. In many ways, he was a political progressive. But he was also very much a reactionary whom W. E. B. Du Bois challenged to a debate. His winning the Nobel Prize fell in line with a general conservative championing of Cold War American values. Our moment has raised some of the largest questions about this controversial writer. Despite his being a major influence on such writers as Ralph Ellison and Toni Morrison, many wonder if this white southern writer should still be read or toppled along with other monuments of white southernness. In this series, Professor Taylor Hagood will delve into these complexities in presenting Faulkner's life and work. In this presentation, the instructor will provide material in an objective manner and will remain open to a wide variety of viewpoints. The ability to think critically, express ideas clearly, and respond civilly are the keystones of the academic experience.