Re-Evaluating the Most Hated Queen of France: The Life and Death of Marie Antoinette 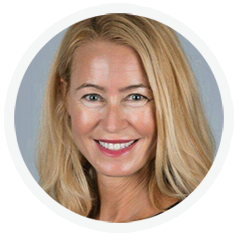 In 1770, the 14-year-old Austrian archduchess Maria Antonia, youngest daughter of famous Empress Maria Theresa, left Vienna for Versailles to marry the future king Louis XVI. As Marie Antoinette, she spent the next two decades at the most splendid court of Europe, initially admired as the personification of 18th-century French royal style. However, by the time she died under the guillotine's blade at the age of 38 during the French Revolution, she was loathed like no Queen of France had ever been. With images and film clips, this lecture brings Marie Antoinette to life. From a teenage girl plagued by marital difficulties that subjected her to public ridicule to a young woman who allegedly engaged in a scandalous extra-marital affair with a dashing Swedish nobleman to a controversial Queen who ultimately ended up vilified as l'Autrichienne whose frivolous extravagance and foreign sympathies fired the French Revolution.